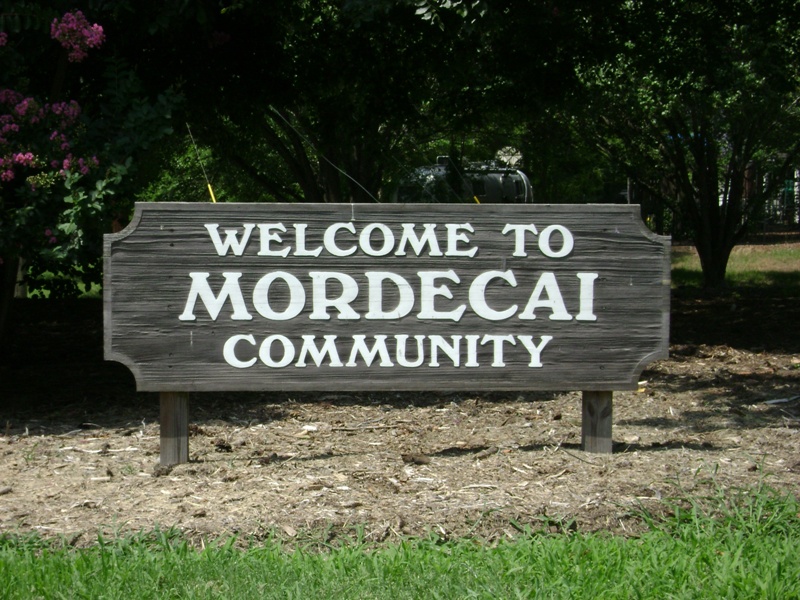 The Mordecai neighborhood in downtown Raleigh was originally part of Joel Lane's property. He built a home for his son in 1785 which is now the Mordecai House. At one time the Mordecai Farm was the largest farm in Wake County covering more than 5000 Acres. That is more than 7 and a half square miles. The Mordecai Plantation had been a large farm outside of the city limits but in 1907 the city's borders were enlarged.  These days with Mordecai being so close to Downtown Raliegh it is hard to believe that Mordeai was ever very far from town.

Mordecai has a very active CAC (citizens advisory council) which encompasses much more than just the neighborhood itself. This is a close knit neghborhood that has many get togethers each year at individual residents homes. Music on the porch has been at the Mordecai house the last few years where many people come out to listen to local bands play and food trucks provide tasty bites to eat.

See all homes for Sale in Mordecai